Berlin-based composer and saxophonist André Vida has performed widely as a soloist and has collaborated with a diverse group of artists including Anthony Braxton, Kevin Blechdom, Tarek Atoui, Hildur Gudnadottir, Max Loderbauer, Rashad Becker, Nico Dockx, Tino Sehgal, and Jamie Lidell. He has worked closely with Anri Sala on performances at the Serpentine Gallery in London, the Roman Ampitheatre in Arles (produced by the LUMA foundation), Frieze London and the Havanna Bienalle.

Vida has been commissioned by The Tri-Centric Foundation, Global Art Forum 7 and 10, the 8th Berlin Biennale, Eyebeam, and the European Sax Ensemble to create new performance pieces focused on the medium and materiality of scoring. These works include explorations of interactivity, animation, lighting, and clothing design as elements of a compositional system based on the physicality of performance. A three volume set of his work from 1995 - 2011 was released on PAN, his piece for 41 saxophones, Minor Differences, was released on Entr’acte, and he has been featured in The Wire, TANK, Monopol, and Electronic Beats. 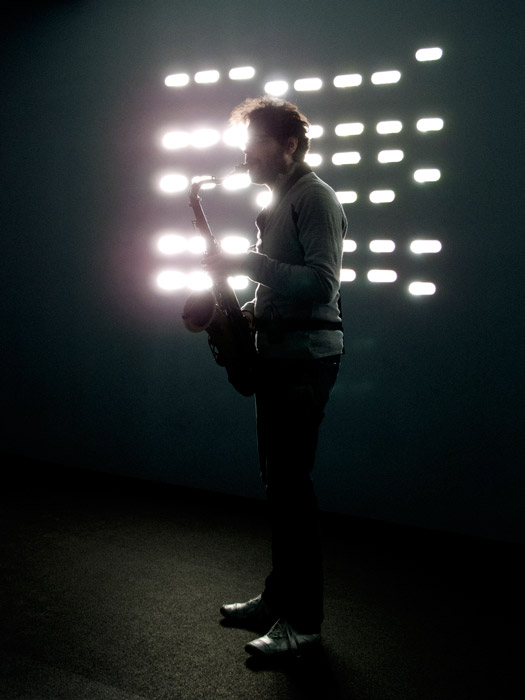